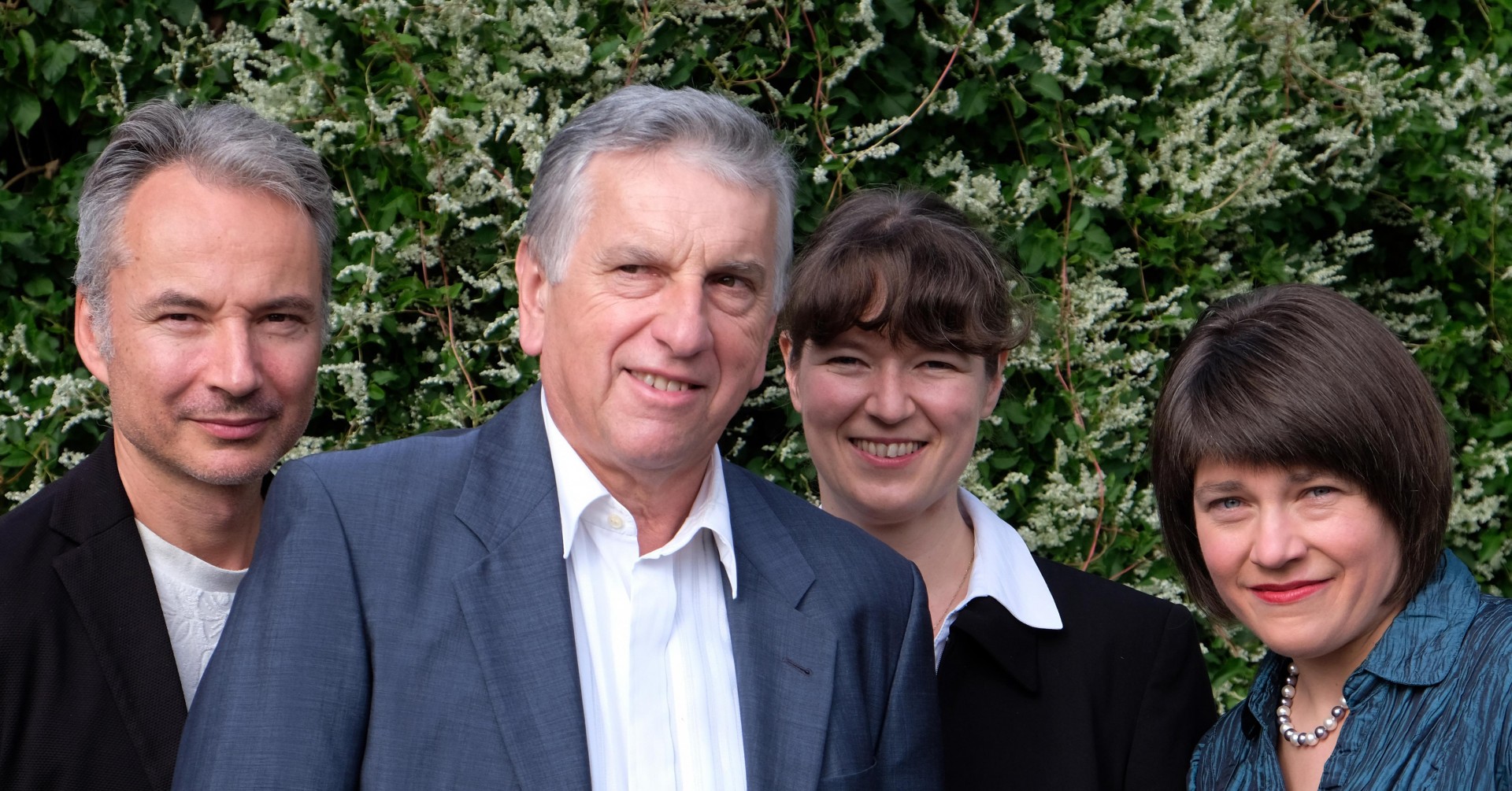 The Pražák Quartet – one of today’s leading international chamber music ensembles - was established in 1972 while its members were students at the Prague Conservatory, and won major chamber music prizes early on, including first prize at the prestigious Evian String Quartet Competition, along with a special recording prize from Radio France. Since then, the quartet has gained attention for its place in the unique Czech quartet tradition, and for its musical virtuosity.

For more than 30 years, the Prazak Quartet has been at home on music stages worldwide. They are regular guests in the major European musical capitals such as Prague, Paris, Amsterdam, Brussels, Milan, Madrid, London, Berlin, and Munich, and have been invited to participate at numerous international festivals, where they have collaborated with such artists as Menahem Pressler, Jon Nakamatsu, Cynthia Phelps, Roberto Diaz, Josef Suk, and Sharon Kam.

The quartet has toured widely in North America, having performed in New York, Los Angeles, San Francisco, Dallas, Houston, Washington, Philadelphia, Toronto, Montreal and many others. The quartet returns to the US and Canada every other year.

As of 2020, violinist Marie Fuxová and cellist Jonáš Krejčí joined the quartet. The new members bring their extensive string quartet and chamber music experience, having played with the Pavel Haas, Škampa, Petersen and Schulhoff quartets as well as in many chamber orchestras and ensembles. They bring their experience and energy into the group while remaining faithful to the Czech quartet tradition, character and quality which are the longtime hallmarks of the Pražák Quartet. A new CD with the last string quartets of Josef Haydn will be released on the Aparté/Praga label in August 2021. 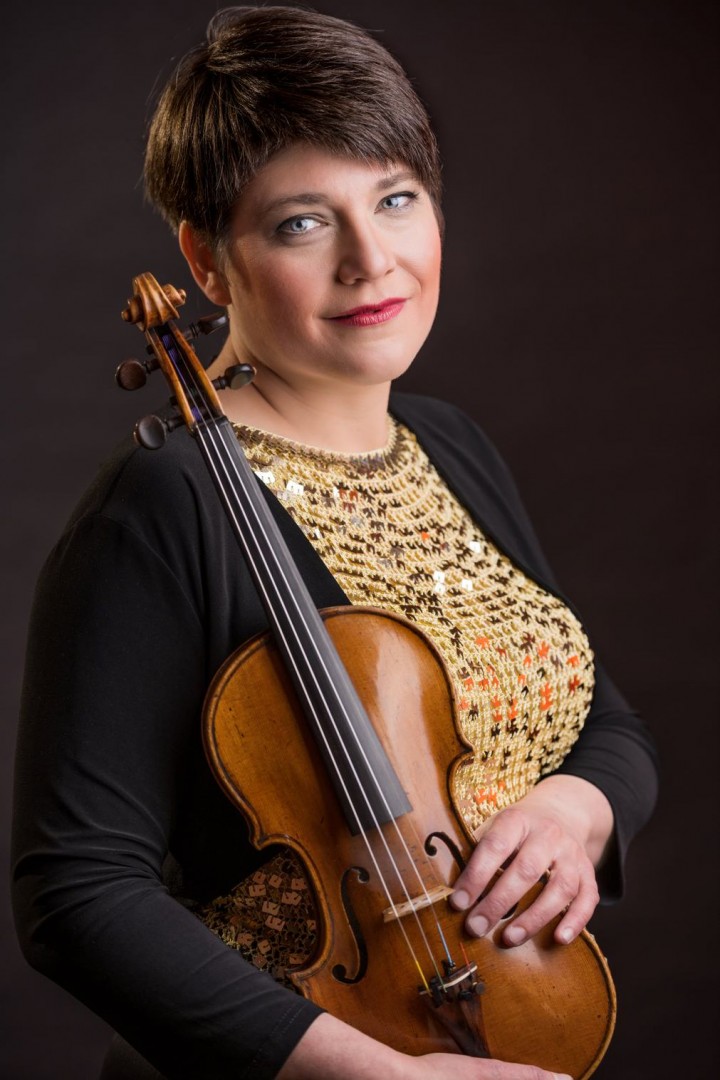 Born into a musical family in the Czech Republic in 1979, Jana studied at the Prague Conservatoire with Jindřich Pazdera and in 2000 won the Talent of the Year Competition. This led directly to a scholarship to the Royal College of Music in London where she studied with Prof. Felix Andrievsky, graduating in 2005. From 2001 Jana was an Orpheus Scholar and from 2004 a Scholar, supported by a Yehudi Menuhin Award at the RCM. From 2005 to 2007 she studied at the Academy of Performing Arts in Prague with Prof. Václav Snítil.

A top prize-winner at major international competitions, in 2000 Jana won first prize at the International Competition for Young Violinists K.Lipinski/H. Wieniawski held in Lublin, Poland and in 2001 received the European Prize in Strasbourg.

Jana has performed extensively in Europe - in the Czech and Slovak Republics, in France, Germany, Austria, Spain, Italy, Norway, Poland and Belarus as well as Japan and Israel. As a concerto soloist she has appeared with the Prague Philharmonic Orchestra conducted by Jiří Bělohlávek, the Belgian National Orchestra, European Union Chamber Orchestra, Nagoya Philharmonic Orchestra, and on tour with the distinguished Czech violinist Václav Hudeček. She has made recordings for Czech Radio and Czech Television, as well as for BBC Radio 3, Radio Classique France and NHK TV Japan.

From 2003 till 2012 she was a member of the Smetana Piano Trio, with whom she recorded for Supraphon label a number of albums which received prestigious accolades, including a Diapason D'Or (September 2006) and the 2007 BBC Music Magazine Chamber Music Award.

Since 2015 she has been a first violinist of the Pražák Quartet.

Since being selected for representation by YCAT (Young Concert Artists Trust) in 2002, Jana has appeared at major venues and festivals throughout the UK including Wigmore Hall (London), Bridgewater Hall (Manchester), St. David’s Hall (Cardiff), Harewood House, the Chester, Leamington, Gower, King’s Lynn, Mecklenburg and Prague Spring Festivals.  In 2004 she made her BBC Radio 3 broadcast from the Bath Festival. 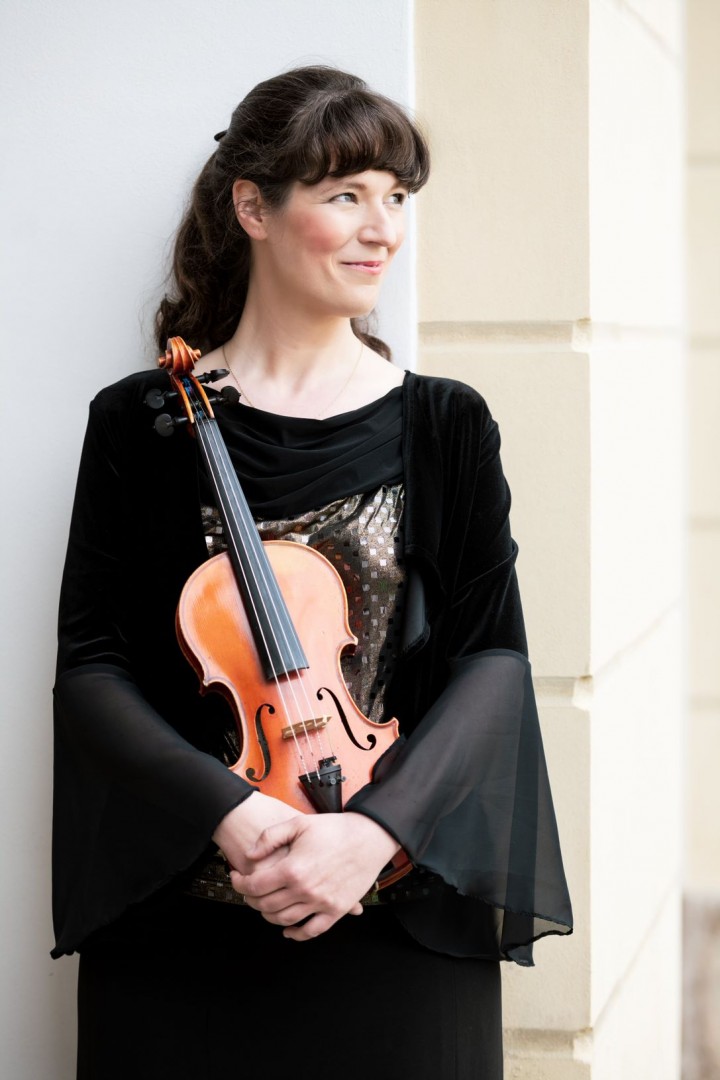 After graduating from the Janáček Conservatory, she studied at the Academy of Performing Arts in Prague with Prof. Ivan Straus and with other top Czech and international violinists, including Prof. Michael Frischenschlager, Charles Avsharian, Ruggiero Ricci, Eszter Perényi, Václav Hudeček and František Novotný.

She was a member of the Pavel Haas Quartet, with whom she gave concerts in prestigious halls worldwide, and in 2009 received the MIDEM Classical Award in the chamber music category in Cannes. She also performs with the Bavarian Chamber Orchestra and the Pro Arte Trio Prague. As of 2020, Marie is a member of the Pražák Quartet.

She teaches at the Gymnasium and Music School of the City of Prague and collaborates with the Dubai National Conservatory. 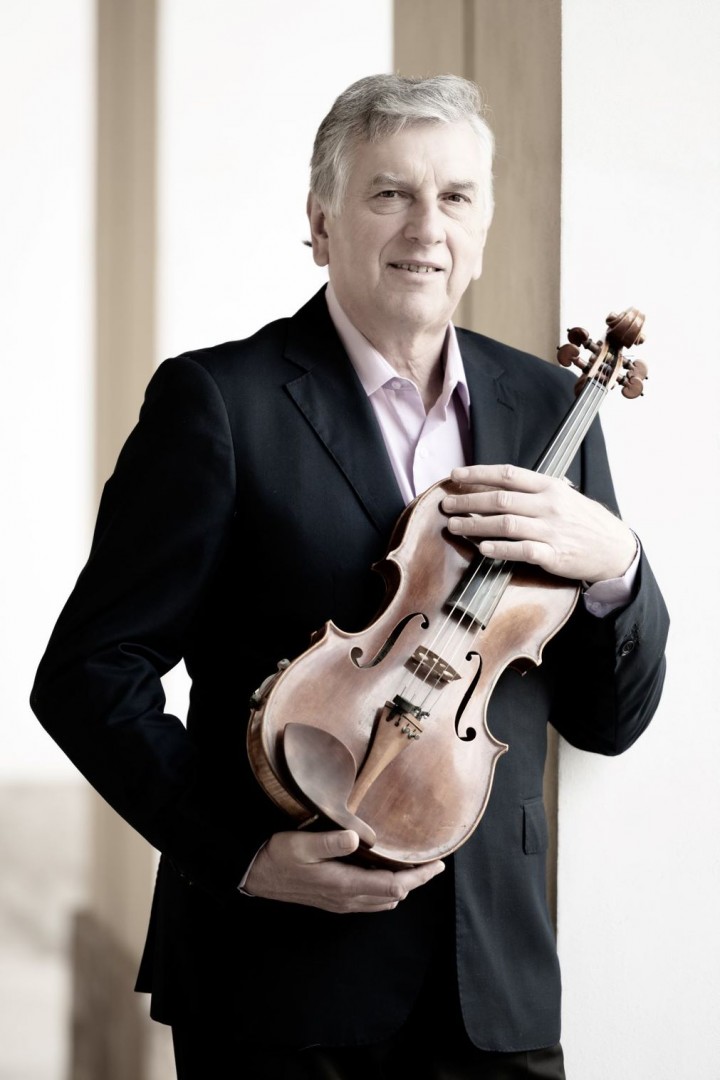 Born in Vysoké Mýto, Josef Klusoň studied viola at the Conservatory of Music and Academy of Fine Arts in Prague in the masterclass of Josef Koďousek, a member of the Vlach Quartet. During this time he was awarded many prizes both in viola and chamber music competitions. In 1972, together with Josef Pražák and Václav Remeš, he founded the Pražák Quartet, with whom he has performed extensively to great acclaim, appearing repeatedly worldwide in venues such as the Concertgebouw Amsterdam, Konzerthaus Vienna, Carnegie Hall in New York, the Théâtre des Champs-Elysées in Paris, Wigmore Hall in London, and many more.

In addition to his activities in the Quartet, he appears as partner of renowned groups in various chamber music and gives many master classes, most recently at the CME in Bruxelles, Musica Mundi, ProQuartet, and Sommerakademie Wien.

He has recorded the complete Sonatas for Viola and piano by Reger, Martinu and Brahms for Radio Prague and Harmonia Mundi. He has also been a jury member at several major string quartet competitions. 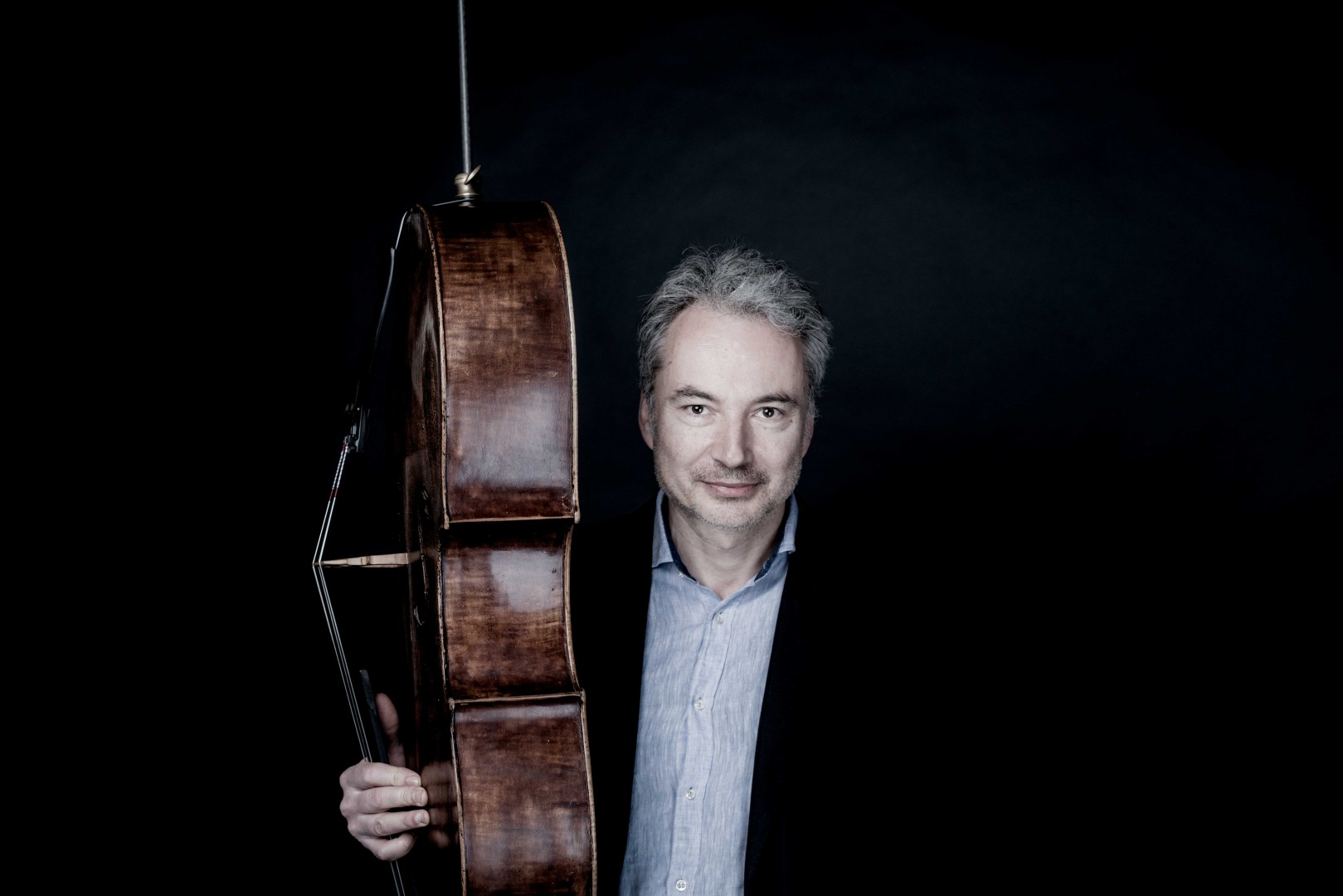 Pavel Jonáš Krejčí, violoncello, was born in London and raised in Prague. He began his cello studies with Prof. Pražák, studied at the Prague Conservatory, and spent a year in London studying with William Pleeth. He received a scholarship from the University of Southern California, where he studied for four years with Lynn Harrell. During his time in Los Angeles, he performed in the Los Angeles Philharmonic Institute and the New York String Orchestra.

After completing his studies, he returned to Europe. As a member first of the Škampa Quartet and then of the Petersen Quartet and Schulhoff Quartet, he has appeared in major concert venues throughout the world, such as Carnegie Hall and the Lincoln Center in New York, the Philharmonie in Berlin, and the Musikverein and Konzerthaus in Vienna, and was Artist in Residence at London's Wigmore Hall. He is principal cellist of the Vienna Chamber Orchestra, and has played with the Vienna Philharmonic Orchestra. He has performed with artists such as Melvyn Tan, Boris Pergamenschikov, Lynn Harrell, Lars Vogt, Nikolai Demidenko and more. Additionally, he has given masterclasses in places such as the Royal Academy of Music in London, the Winterthur Conservatory in Switzerland, the Hyogo Performing Arts Center in Japan, and in the USA. Jonáš plays a Paolo Testore cello from 1761 (Milano).